The Unspoken Legacy of Menopause: Normalizing the Unfamiliar Through Family Conversations - Youfemism

The Unspoken Legacy of Menopause: Normalizing the Unfamiliar Through Family Conversations 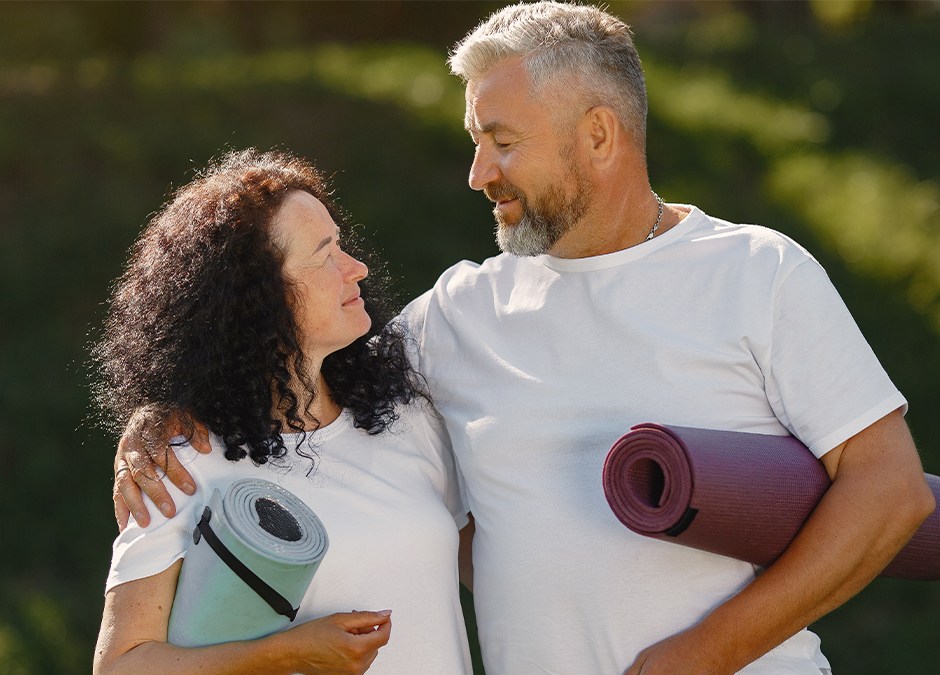 At this stage in my life, I honestly don’t recall when or why I became familiar with the word “menopause,” or when exactly, I developed a basic understanding of what it was. I don’t know if it’s because I’ve worked in the ageing services field for well over a decade, or because I have a clear and distinct recollection of being a young adult woman living in my parent’s home while my mother was going through “the CHANGE…”

Did I read about it in a book or magazine? Or could it have been something that I’ve picked up on over the years, amongst the various family, work and community circles of “women of a certain age?” Observing them with mild curiosity and lacking in empathy about something that wasn’t my experience…yet. Whenever or whatever the exact place or point and time, I’m pretty familiar with the word now (and a lot of what comes with it).

My first experience of being aware of intense feelings that I felt unable to manage – from anxiety to weepiness to hostility – was not surprisingly, during puberty. I’m deliberate in not saying “intense hormonal feelings” because I would have no real firsthand sense of what that meant until years later (but we’ll get to that)… Throughout my adolescence, my mother was pretty good at responding to my emotional fits (for the most part), giving little attention to what were frequent occurrences, and promptly sending me to my room “until I could be civilized.” With the wide berth of latitude in self-directed civility, let’s just say that between the ages of 14 and 17, I spent a lot of time in my room. Eventually, I reached a relative level of emotional stability and would not encounter the dreaded hormones until a decade later – though they would not be my own.

Not unlike many adult children in their earliest years of ‘adulting,’ in my mid-twenties, I returned home to live with my parents after a few years of living independently, to pay down some debt and “save some money.” It was during this two-year time frame that I watched and experienced my normally, reasonable and even-keeled mother turn into an erratic, irrational shrew – frequently launching into fifteen-minute tangents about broken coffee mugs (it was an accident, for Pete’s sake!) or running the dishwater too long (“I guess if you paid the water bill you’d be more considerate!”) or some other seemingly inane thing. While I knew it wasn’t her, and that something was going on, it was nonetheless, painfully uncomfortable and often frustrating, to encounter or be the target of her unsubstantiated and disproportionate rage. It’s actually what drove me out of my parent’s house, accelerating my savings timeline and motivating me to get back to my own adulting (which was, admittedly, a good thing to do anyway).

My mother and I haven’t spoken much about that time period – not because she won’t or is embarrassed to talk about it – but, mostly because she mentally purges most things she deems “irrelevant” every three to five years (seriously), and now doesn’t remember a lot about her own experience with perimenopause. She does remember struggling with bouts of extreme hostility and taking a prescription of low-dose anti-depressants for “a year or two”. This, apparently, gave her some relief, until having a uterine hysterectomy for fibroids that were causing an egregiously heavy flow, not long after. Although it’s been just shy of twenty years since she had her uterus removed (her ovaries remain intact), she doesn’t remember having much of a problem with perimenopausal symptoms afterward and she’s never regretted having the hysterectomy…” the best decision I could’ve made!”

Through my own experience, I really do understand what a unique and deeply personal experience perimenopause is. Even so, I find myself wanting to know every detail about my mother’s experience as a reference for preparing me for my own – now and into the ambiguous years ahead. But her perimenopause story ends with a hysterectomy at 45, the age that I am now… And for some reason of deep significance to me, and for reasons which I’m not even sure I’m fully clear about, a uterine hysterectomy is the absolute last resort (even though my uterus is riddled with fibroids). So, with that, even though she is my closest living genetic female tie, our stories, like most women’s, are distinctly different and I find myself at a fork in the road, unsure of which healing path to take.

I am clear that one of the benefits of living with my mother through her change, is that it’s made me more open and direct with others in my life about my own experience with perimenopause, as I’m living it. I committed to this about a year ago, after I was eerily transported back to one of my mother’s kitchen rants — only this time I was her and my fourteen-year-old son were looking back at me like I had two heads. It was his earnest look of horror and confusion that stopped me mid-rant and brought me the clarity of mind to apologize for yelling at him without cause.

But more important than the apology, I explained to him that I am going through menopause and that sometimes I feel really angry for no reason at all. I went on to say that while many times my anger feels almost impossible to manage, I still have to try and it’s not okay for me to be abusive to others. It seemed to resonate with him most when I likened my feelings to the times when he’s mean to me and doesn’t want to be, but can’t help it… ”These are called hormones, son. You’re going through puberty and I’m going through menopause. And sometimes they’re going to get the better of us, but in those moments when we can help it, we have to be really good to each other, ok?” Being the thoughtful and considerate kid that he is, he responded, “It’s okay, Mom. I understand.”

Of course, he’ll never truly understand the hell that is menopause, but he does understand that mom’s bad moods are not his fault and that he is not (always) the reason for my wrath. Now, on the worst of days, I’m able to let him know that I’m feeling “hormonal” and that it’s not him. This usually results in him being unusually helpful with chores around the house or disappearing to his room until my mood has settled. Either way, we have an understanding that works.

I continue to talk to him openly about my symptoms related to perimenopause because it’s my hope that one day he’ll be able to sympathize with, if not support, the women in his life who may be experiencing it.